Of all the ‘holidays’ that have started popping up on the internet’s collective calendar, nothing quite tugs at this yank’s heartstrings like national doughnut day.

In the US, more than 390 million doughnuts are eaten every year, and that’s not counting those sold in small bakeries — or during the pandemic. Krispy Kreme, one of the world’s most popular chains, saw sales grow by 17% in the past year and added more than 1,000 new locations to its franchise.

The pastries have even been used to entice people into getting their Covid-19 vaccine, with Krispy Kreme giving away more than 1.5 million doughnuts so far to customers getting their shot.

It’s easy to see why it might work. Homer Simpson’s favourite snack has long been a go-to across the pond for on-the-go sweet tooths, wide-eyed children, and stereotypically, police officers.

Doughnuts have been growing in popularity in Britain too, with more than 130 Krispy Kreme locations, 12 Dunkin Donuts locations, and thousands more now selling the deep-fried rings. Some of our neighbours have actually tried to claim the doughnut, which many say was invented in England, and the jewellers at Steven Stone even created an 18 karat gold ring in honour of the treat for national doughnut day.

Here at home, we too have been embracing the latest import, if the queues outside Krispy Kreme in Blanchardstown are anything to go by.

Since the giant first opened its Irish location, more and more doughnut stops have been springing up around the country. Here are eight to visit to get your fix today. 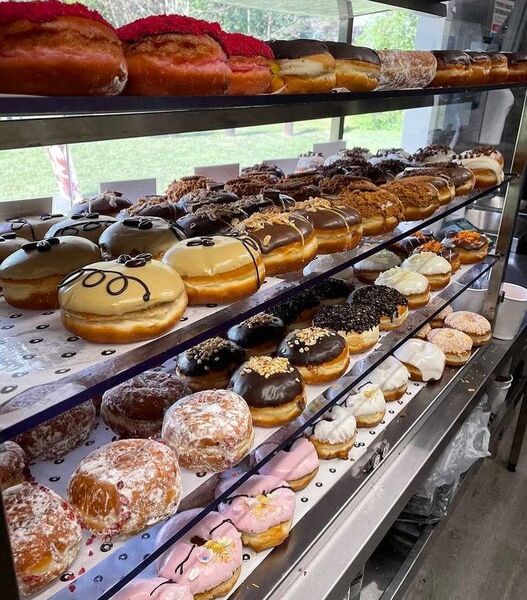 If you’ve ever walked down O’ Connell street in Dublin and wondered why you’re actually smelling something sweet around the Spire — that would be The Rolling Donut.

Michael Quinlan might just be Ireland’s doughnut patriarch, having set up one of the first stands in 1978. Following his success at concerts and festivals, he opened the O’Connell street kiosk, which is still going strong more than 40 years later.

The Rolling Donut now has six other locations around Dublin and specialises in tonnes of flavours, with vegan options available. You can also opt for delivery or collection if living in Dublin. 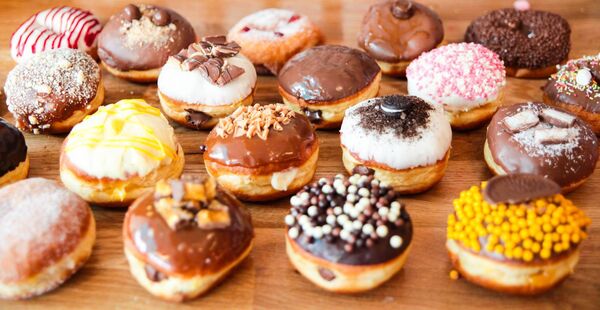 Sticky Fingers has over 16 flavours.

This Emmett Place eatery is Cork city’s answer to the doughnut craze, offering up all kinds of filled and ring options — such as Rolo and double Nutella — since 2017.

Sticky Fingers’ founders also have backgrounds in visual arts, so the creations look almost as good as they taste, with seasonal specials on offer as well. 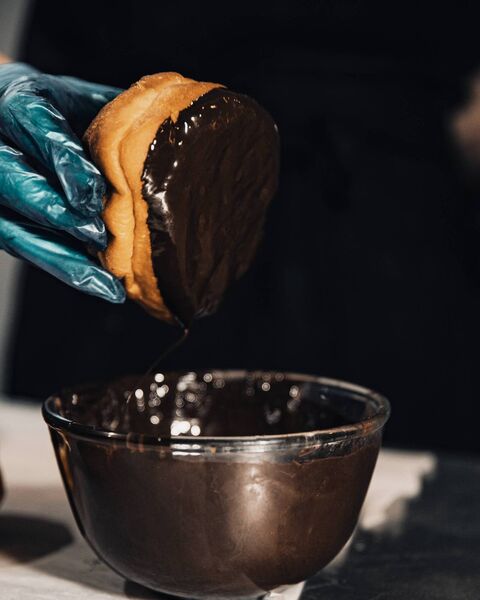 NOM is one of Limerick’s most popular treat spots.

While the people of Limerick sleep in the early hours of the morning, the chefs at NOM Treats are busy cooking up fresh doughnuts in the café’s onsite kitchen.

Since 2017, NOM has been serving hand-cut doughnuts, crêpes, and more on Thomas street, with flavours ranging from lemon meringue to Kinder Bueno and more. 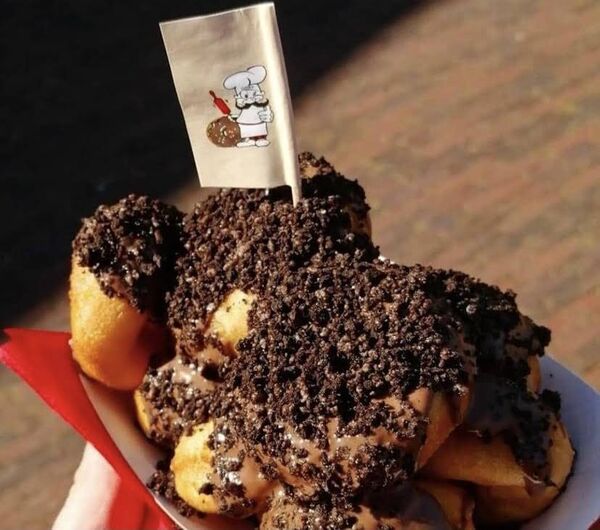 You can now find Dinky Donuts in the Marina Market seven days a week.

You may have previously spotted this stall travelling around various outdoor events in Cork over the years, but Dinky has had a more permanent home in the past year in Cork’s Marina Market.

The stall serves up delicious freshly cooked mini doughnuts that are made using 100% natural ingredients, with no additives or preservatives. They have a menu of toppings and sauces available to add to the warm nuggets of glory, including caramel sauce, crushed Oreos and sprinkles. 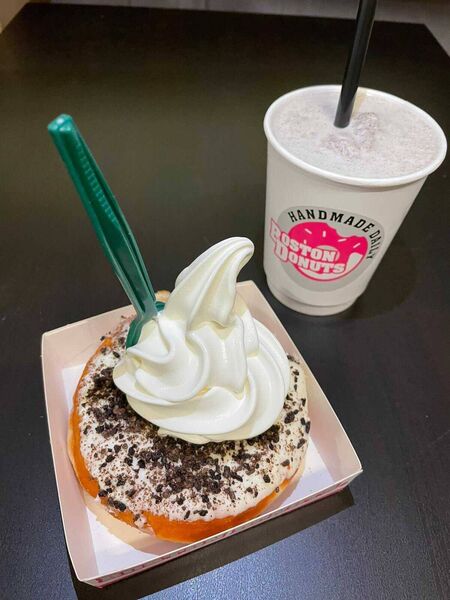 Boston Donuts is giving away a free scoop of ice cream on every donut on June 4.

Can you guess where this café got its inspiration from? The new stop only opened recently, but is already stirring up a buzz on Shop Street.

Boston Donuts make their doughnuts by hand every day and even top them with ice cream for those looking for an extra indulgence. Some of the more inventive flavours include the Cadbury’s Flake Donut, inspired by the recent rumours of a Flake shortage, and Reese’s Peanut Butter.

For Donut Day, they’re offering a free scoop of ice cream with every doughnut purchased. 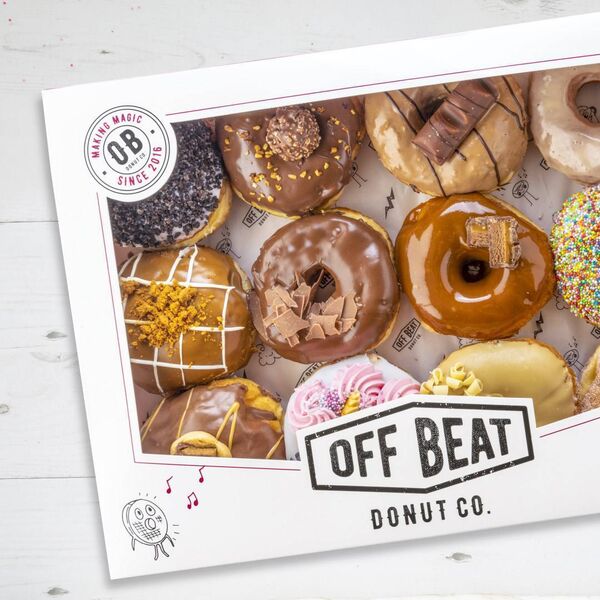 Offbeat is another of Dublin’s rolling competitors.

The business was started in 2016 and was a long sought-after dream of Brian and Sandra O’Casey, who had previously enjoyed successful careers in baking and retail management.

The couple has since opened eight locations around the county, including a particularly popular spot in Heuston Station.

They’ve recently added a Mikado doughnut, a raspberry Eton mess doughnut, and a strawberries and créme option to their repertoire and also have a vegan-friendly range in store and available to order online. 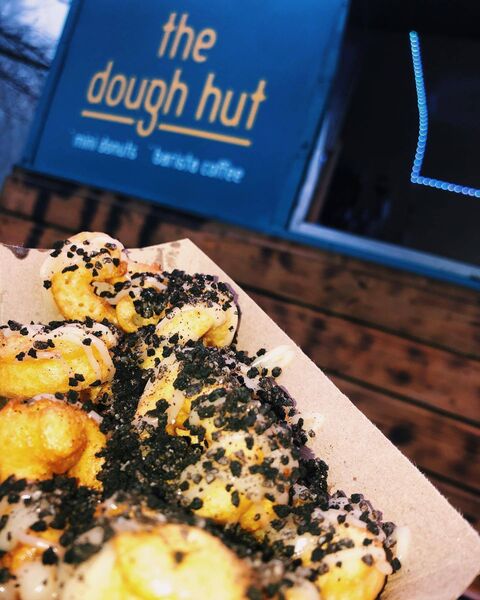 The Dough Hut top their fresh mini donuts with an array of toppings like sprinkles.

The Dough Hut is the perfect place to head next time you’re heading for a walk in the park. Located in Douglas Park, they offer up fresh mini doughnuts and coffee from Tuesday to Sundays, weather permitting. 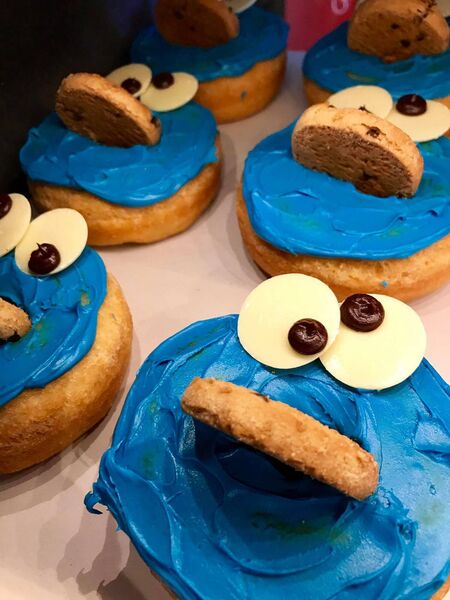 The Cookie Monster donut at Dungeons and Donuts, Galway.

This place is as quirky as it sounds — and also as fun. Dungeons and Donuts first opened as a hobby and games store back in 2012, but probably never expected just how much their snack offerings would attract its own legion of fans.

They now do online orders and delivery around Galway, with offerings such as ‘Jelly Snakes and Chewy Ladders’ and ‘Darth Malteser’ available.

The quick-witted and the bread: April Fools’ Day gags