I wasn’t going to watch Inhuman Resources (Netflix). Eric Cantona sailed into English football in the 1990s, won everything, karate kicked a thug and then left again after a series of cryptic quotes for the press. (That he made up just to see if they tried to analyse them. They did.) He is the coolest human being of all time, particularly if you are lucky enough to be a Manchester United fan, like me.

I don’t want anything to tarnish that, so I’ve steered clear of his acting career. Never meet your heroes or watch them
in a six-part
drama
on Netflix sort of thing. My wife knows next to nothing about Cantona, so she put

on
and there he was in the first scene.

It turns out that
Cantona is a better actor than footballer, and that’s saying something. It helps that he has a belter of a story here,
where he plays Alain Delambre, a man on the edge. Alain has been turfed out of his job as a HR manager in a small company for being too old at 57. He is on the verge of losing the apartment he shares with his wife in Paris, and it’s obvious that he’s close to losing her as well.
Alain
had
a job at a car-parts company until he head-butted the boss. It’s all falling apart.

So, when a large corporation appears from nowhere to hire him for a staff-evaluation project, he doesn’t stop to wonder if it’s too good to be true. Let’s just say he should have, judging by the way the story time-shifts forward every now and again, and it would appear that Alain is a guest of the French government, and not in a health spa either.

The plot is bonkers as far as I can see. (It’s
revealed
within the first 30 minutes of episode one, but skip ahead to the next paragraph if you’re fussy about spoilers.) The large corporation is planning to stage a realistic hostage scenario to
stress-test four
of its top executives. Alain is hired because he’s scary looking.

And that’s the key to believing

Inhuman Resources.
There is self-righteous anger dripping from Eric Cantona. (My guess is he learned a lot from Alex Ferguson in this
time at Old Trafford
.) There is one
dinner-party
scene wher
e Alain has a go at his
son-in-law, mainly because he’s a banker, and no that isn’t rhyming slang. It’s gruesome and humiliating for both of them,
for different reasons,
although the son-in-law kind of asked for it with
his
stupid moustache. 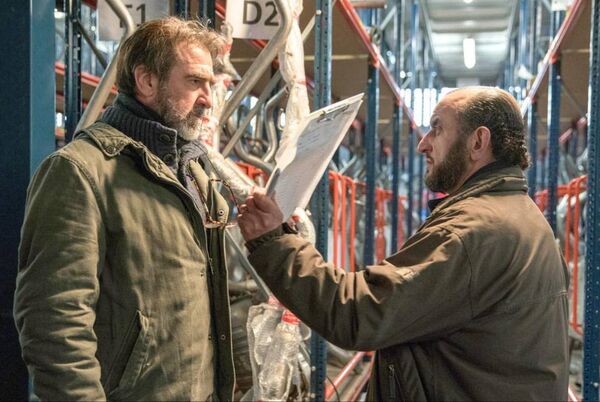 The quality of the acting and writing means you’re on Alain’s side, and afraid of him too.
He’s
Tony Soprano, in French. Oh and by the way, the plot
might be a bit bonkers but it’s also loosely based on real events in a French advertising agency, so that adds an extra bit of spice. I think
Inhuman Resources

might be the best thing on TV at the moment. Even if you’re a Liverpool fan.

Be the first to comment on "Cantona is a better actor than footballer, and that’s saying something"